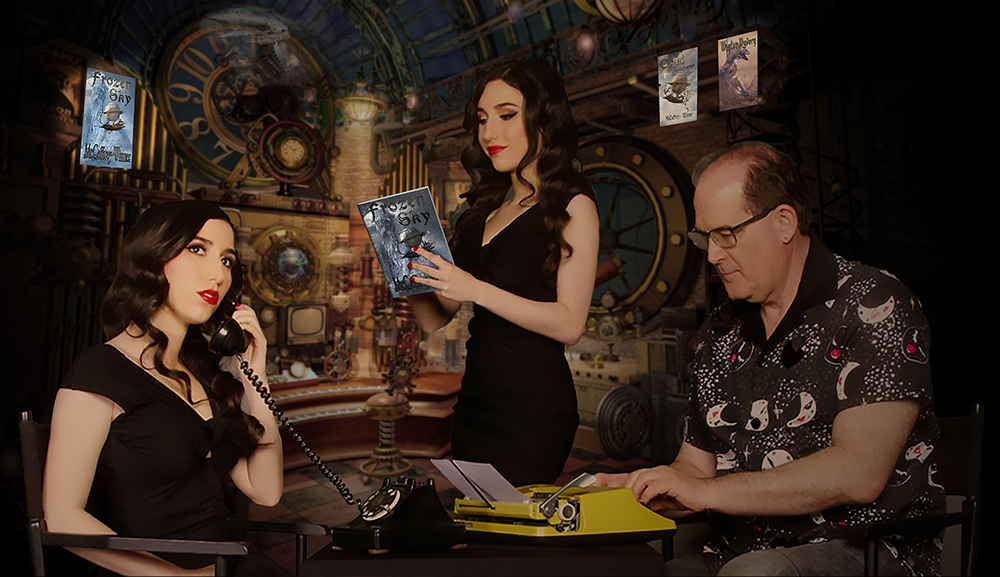 What is the Twin Soul Series?

Well, it’s dragons, wyverns, kitsune and a whole bunch of other twin-souled beings, for starters.

It takes place in its own fantasy universe. Mother Toreen is said to have created Toreen’s World to keep her children (the gods) occupied while she was resting. Of course, that may be just what the gods want humans (and others) to believe. No human has ever seen Mother Toreen.

What started it all?

It started with a visual image from Brianna Winner which became the basis for a book on writing (The Write Path: Worldbuilding) and also the first story, Winter Wyvern.

The Winter Wyvern starts with this line:

“Krea was bored, and when she was bored, bad things always followed.”

And things progress from there!

How many books will there be?

We’re targeting one book a month.  Imagine, a new book every month!

So by San Diego Comic-Con (come visit us) we should have nine available for your reading pleasure.

And several more books will be available for pre-order.

Why are you writing them?

Because we’re having a blast!  We bounce ideas around between the three of us.  One of us takes point on a particular book, the first draft is read out loud every time (often the story is read aloud mroe than once), and another person does the polish, color, and added cool stuff that makes the story worthy of the McCaffrey-Winner name.  Finally, the three of us get together and do a final read-thru or whatever is needed to make sure that it’s good to go.

Then it’s typeset — often with additional changes — and converted to eBook (and book) — and gets into your hands.

Wyverns, airships, what else?

We’ve got a whole world to play in, we’ve barely scratched the surface.

And the stories will get bigger and involve more people.

We plan on continuing the story of Krea, the winter wyvern, but also follow several other storeis and even start telling stories that are completely separate from the original Winter Wyvern thread.

It’s a big world, we plan to play in all of it!